A somewhat different but good strategy game where you are the leader of your own gang. The story is very simple where you have to walk around in different cities and remove nuclear bombs. Of course you can import your old gang from Roadwar 2000 which is a very neat feature in the game.

The interface is very simple and all commands are done via your keyboard as mouse control wasn't really a standard back when Roadwar Europe was made. The graphics aren't that good, but compared to that time in 80's they are acceptable. The game doesn't have any sound which also affect the overall atmosphere in the game in a negative way.

The sequel to SSI's earlier post-holocaust game Roadwar 2000 takes place in Europe. There are many similarities with the earlier game -- the map and graphics look the same, controls are the same, and the game is operated in the same way, although with simpler menus and summaries. You also have the option of importing your gang from Roadwar 2000 -- a great way to get started on this game. Your objective is to go around Europe and find nuclear bombs that have not denotated yet in the cities. This game retains enough of the great gameplay that made Roadwar 2000, so it is a lot of fun to play with improvements that make it easier to get into and understand. If you liked the first, you'll like this one also. 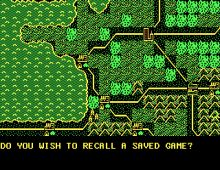 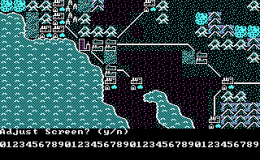