"Based on the more successful boardgame of the same name, its play mechanics were clumsy. However, its graphics were even worse, and the color scheme had to be one of the worst ever seen in the computer field. But if one could overcome the "retro-art", the game was one of the more accurate simulations." Definitely one of the best wargames Avalon Hill released during the 1980s, although still far inferior to SSI's classics. 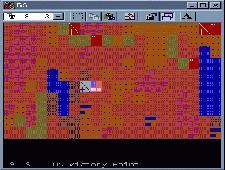