Arrakis is a laudable effort by fans of Westwood's revotionary Dune 2 to create another real-time strategy game in the Dune mythos, based largely on game concepts from Westwood's classic. Dune 2 veterans will be right at home with this fanmade "sequel." From the graphics and sounds (a lot of it ripped directly from Dune 2) and mission objectives, Arrakis feels like a beta of Dune 2 -- a decent replica of the original that lacks the polish and quality control of a commercial game. Similar to Super Dune 2, Arrakis is more difficult than the Westwood original, mostly because spice (the main resource in the game) is less plentiful, and units cost more and take longer to complete.

Unlike Super Dune 2, Arrakis doesn't add any new units or buildings that would expand the Dune 2 universe, although it adds some nice features such as "skirmish" mode where you can play a random map against computer opponent. You can also customize the random map by specifying the number of spice fields and rock tiles -- thereby adjusting the difficulty level to your liking. Still, it's a respectable tribute to Westwood's classic that manages to be faithful to the original while making the game more challenging. Well worth a look for all Dune 2 fans, although Super Dune 2 is by far a superior fanmade title. 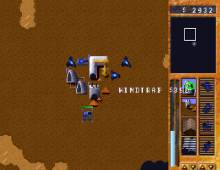 People who downloaded this game have also downloaded:
Dune 2: The Battle for Arrakis, Super Dune 2, Dune, Magic: The Gathering, Civilization