Ancient Art of War, The

Before Dave Murry and Barry Murry designed the seminal The Ancient Art of War in 1984, best-selling wargames like SSI's Kampfgruppe bear no resemblance to best-selling strategy games like M.U.L.E. As a result, strategy gamers and wargamers are two secluded camps who don't speak the same language.

The Ancient Art of War united the two camps in one masterful stroke. Here, at last, is a wargame that wargamers would enjoy for the excellent engine based on the classic war treatise by Chinese philosopher Sun Tzu. Implementing tactics based on Sun Tzu's words becomes the key to victory. Strategy gamers were drawn to the game for its colorful graphics, the chance to match wits with 8 of the most famous military leaders in history in their most important battles, and intuitive command interface.

Here is your chance to challenge the goddess Athena, Alexander the Great, Geronimo, Crazy Ivan, Caesar, Genghis Khan, Napoleon Bonaparte, and Sun Tzu himself. As in the first game, battle locales are varied and historically important. You will wage wars in the Sherwood forest, ancient Rome, Asgaard, Custer's Last Command, Napoleon's France, ancient China, the Appalachians, and Mongolia. The game, like chess, is simple to learn, yet hard to master. The lack of campaign mode is just about the only criticism I can think of. Suffice it to say that anyone who's never played this game is missing out an important chapter in the history of war and strategy gaming. 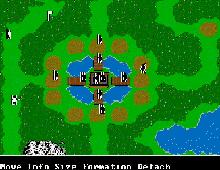 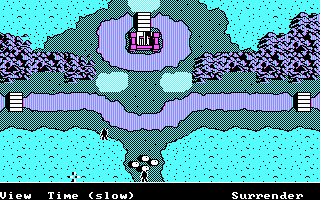 Ancient Art of War, The screenshots

People who downloaded this game have also downloaded:
Ancient Art of War at Sea, The, Civil War Generals 2, Castles, 101 Airborne: The Airborne Invasion of Normandy, Master of Orion