Tie-Break is a fun top-down view tennis game by Starbyte. Quite addictive, and the only tennis game I know that uses a top-down view-- very unusual for its genre. There are many options in addition to fluid gameplay. You can play on grass, clay, or indoor courts. You can play singles or doubles, and select to play in all the major tournaments such as Wimbledon, Davis Cup, French Open, and many more. Controls are very intuitive, although complex balls such as spins are difficult to execute. The top-down view also makes judging the ball's trajectory a bit difficult, although you'll eventually get used to it. Overall, a fun tennis game that fans should definitely take a look, not least because of its unusual view. Recommended! 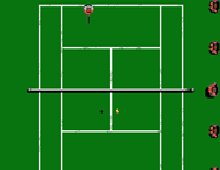 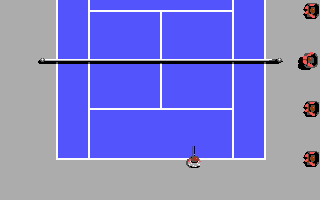