Amidst the flurry of imported games that resulted from Sierra's deal with Japanese publisher Gamearts are Sorcerian and Zeliard, two quirky action/RPG titles with strong "console" feel. Definitely "light" games in that there is few statistics (although characters do gain levels), and the arcade-style platform action may not be every RPGer's cup of tea. Still, interesting plots, spells, and lots of "secrets" make these games above average despite chunky graphics.

Although both games are RPG with heavy arcade elements, Sorcerian has a stronger RPG flavor because you get to control a four-character party, comprising the traditional retinue of priest, fighter, and wizard, each of whom have access to unique weapons and/or spells. Zeliard, on the other hand, is a solo-player RPG with much less emphasis on character development than nonstop platform action.

Imported console game. The graphics are not quite good. But the action gameplay and plots and adventures and character development and more and more are pretty good. 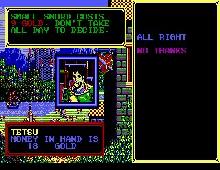 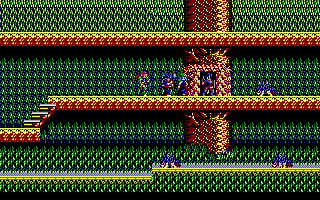 People who downloaded this game have also downloaded:
Lord of The Rings 2: Two Towers, Lord of the Rings 1: Fellowship of the Ring, Summoning, The, Ultima IV: Quest of The Avatar VGA, Treasure Hunter G