A rather unusual game from Sirtech. I can start by saying that this game does not contain good graphics or sound. But the story is rather interesting and the overall atmosphere almost bring you back to the old Egypt.

All though the story is somewhat good I can't say that the controls (especially not the combat) and that is a bit sad. Overall worth a try if you don't care a bit about the graphics and like unique roleplay games.

Taking the role of Pharao Osiris you try to find your way back to life. Betrayed by the priest Harumheb and murdered by your own guards you find yourself in the Land of the Dead. Relying more on the strength of the story and its atmosphere than on eye-pleasing graphics this game is a good example of Sir Tech's work. Their programmers usually ignored the current trends in game-designing and just concentrated on the game. That's what it all should be about, shouldn't it? A good deal of the graphics are just ASCII-graphics - well, who cares? The game is definitely not bad and you get the feeling of ancient egypt mythology. I could have done without the action-parts - after all the game is in real time and so you definitely have to do something about the attacking monster. OK, I prefer those games where I can sit and think for hours, this is not one of them. It's a bit more a light-version of an RPG, maybe it's better to see it as an Adventure. Anyway, it's a Sir Tech-game - you get quality.

ICON: Quest for The Ring and Seven Spirits of Ra are two very revolutionary real-time RPGs that are unfortunately overlooked by most gamers. The reasons on why they deserve a permanent spotlight in RPG history are elaborated in great detail in MobyGames' feature article about Macrocom, the company behind the games:

"A small and interesting pocket in PC gaming's history is filled with products like ICON: Quest for the Ring and Seven Spirits of Ra, both developed by a small company called Macrocom. Unconventional only begins to describe these two products, which not only pushed the early IBM PC to its technical limits, but also broke new ground in gameplay ideas and execution.

You'd be hard pressed to find a more unique game than ICON in the 1980s, for example: Based on Wagner's Reingold opera (!), it featured 16-color graphics on a video card that was only technically capable of 4-colors in graphics mode. The gameplay was real-time, and was calculated and animated at 60 frames per second. And this was in 1984 -- their later project, Seven Spirits of Ra in 1987, was even more ambitious as it tackled the Osiris resurrection myth of ancient Egyptian mythology." If you are looking for truly revolutionary games that broke the mold, look no further than these two forgotten old games. Designers Neal White III and Rand Bohrer have also made ICON freeware following the MobyGames interview—a generous act for fans of old-skool RPGs. 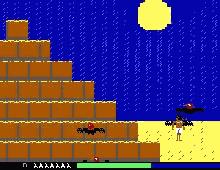 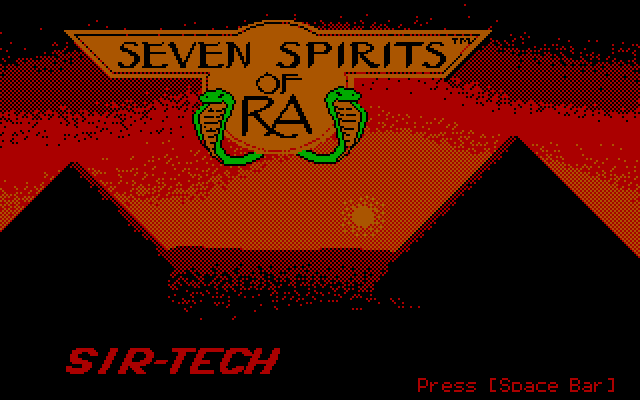 People who downloaded this game have also downloaded:
Rings of Power, ICON: Quest for The Ring, Light in The Darkness, Romancing Sa-Ga 3, Bahamut Lagoon