Despite amatuer graphics and a cliched plot, this RPG's depth and playability (which runs smoothly on a 286) may surprise you. The game can be a bit tough at times, but not overly difficult. Most of the puzzles in it are simple. The only complaints I have are a couple quests which you can complete without actually doing them (yes, you heard me right)-- an annoying bug that one might consider a boon.

All in all, an underrated and one of the better shareware RPGs that is worth a look.

Note: Although the game advertises two more episodes, they unfortunately were never made. This version for download here, i.e. the registered version of the first episode, is the only one that was released to the public.

The Aethra's Chronicles is the only game ever made based on the Role-Master system, a pencil&paper game similar to AD&D but based on percentage instead of dices. Note that the publisher of the Role-Master system have closed their doors, which provides to Aethra's Chronicles a double taste of nostalgia. The plot of the game is quite cliché (a newborn prince have been kidnapped and you must find by who and why) and some bogs are quite annoying (like quests completion when you havent completed it) but the originality of the game system help to forgive such things quite easily.

You make two main characters (a hero and his friend) and two henchmens at the beginning of the game. Henchmens are part of your party but they are very less powerfull than your hero and his friend. Be warned : the combats are hard, be prepared to die often before learning the basic tactics to survive in fights. It can be frustrating for the casual RPGer.

The game offers over a hundrend of different creatures to fight, from wild animals to Red Dragons. Like in almost all RPGs, as your characters progress in the quest, you will face stronger monsters. Combats are though from the beginning to the end : a good tactic and a good strategy according to the strenghts and weakness of your party and of the monsters you are facing is required.

This game cannot be recommended for the casual RPGer for many reasons but can be enjoyed by the hardcore RPGers who are looking for something different. 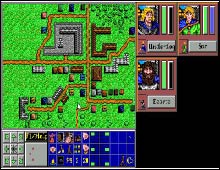 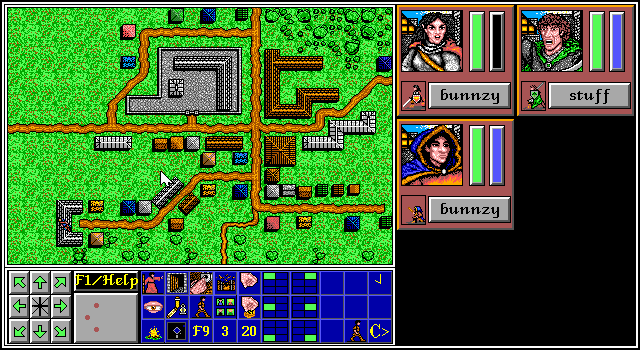