SubHunt is a fun 3D submarine action game designed by professor Ian Parberry and a team of his students at the University of North Texas Recreational Computer Laboratory (which was one of the first labs devoted to game design, long before specialized institutes such as DigiPen). Although it looks like a simulation, the game is in fact a simple action game that lets you pilot a submarine and blow things up, with little regard to realism. You are part of the Special Operations Division, a secret government organization that is dedicated to the protection of the free world. As Commander of a modified Shark class submarine, it is your mission to protect the tourist shipping lanes and prevent them from coming under the control of the terrorist group known as Nemesis. Armed with a deadly arsenal of weapons ranging from dumb torpedoes to cruise missiles, you must engage your enemy's armada that contains everything from speed boats to battleships to submarines.

The game features 12 missions with three levels of difficulty in which you must protect shipping, ward off whalers and trawlers, and discover the awesome secret to ship disappearances. The game offers good graphics, sound effects and music that is combined with fun gameplay, although nothing out of the ordinary. If you enjoy FPS or military-themed action games, SubHunt may fit the bill for a little while. The missions are a bit too easy, however, so it shouldn't take action veterans too long to finish. 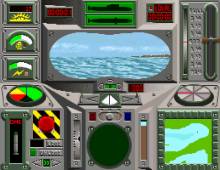