"Schiffbruch" is a mix of building, strategy, and adventure, played from an isometric perspective. The game deals with a shipwreck (translator's note: "Schiffbruch" means "Shipwreck"). You are stranded on a lonely island and have to survive. To do this, you'll have to explore the island, search for food, build housing, and try to attract attention so that you'll be found.

Schiffbruch can be played using only the mouse. In the main window, you'll see yourself on the island on which you're stranded. Clicking on a landscape tile will create the route (marked in red) to your chosen point. Another click will take your figure there. You can scroll around by holding down the right mouse button. The game is saved automatically every morning and upon exiting if your health is higher than 10% and if there is enough room in the program's directory. At start-up, the last saved game is always loaded automatically and can be continued right away.

Overall a very interesting game with a great theme and I really wish more games would be made similar to this. The graphics are simple but good enough to show the different things and as mentioned it is game that is very easy to play.

Schiffbruch (German for "Shipwreck") is a great survival simulation/strategy/adventure game similar to Robinson's Requiem. The premise is as follows: you are stranded on a deserted island in the middle of the Pacific. Your job, naturally, is to explore your surroundings, find food and water, build a hut, and finally attract attention so you can be saved. The game is played from a top-down isometric perspective, similar to Rome: Pathway to Power (another fun adventure/strategy hybrid I really enjoy).

Graphically, the game looks a bit amateurish, with a confusing number of command icons on the menu, although you can tell what each icon does by hovering your mouse over it and looking at the bottom status bar. Your alter ego is quite small, and some features of the terrain aren't easy to spot: I had trouble identifying objects like plants you can interact with, and background scenery.

Fortunately, the gameplay of Schiffbruch is excellent. As a survival sim, it's reasonably realistic: you will have to keep an eye on the three indicator: health, water, and food. Needless to say, it your health will drop if you spend a long time without eating or drinking, and you'll die when your health reaches zero. Time passes when you do something, and you must sleep at night (so you will have to time your actions so that you'll end up inside your hut at 6 pm).

Similar to typical adventure games, you have an inventory to store objects, and will have to combine them to make new useful tools (for example, an axe will help you cut down trees to make housing).

Your ultimate goal in the game is to be rescued. Your chances of being seen by a passing plane (which you cannot see) is represented by the life preserver shown at the upper right of the screen. This percentage shows you the probability of being saved on that day. You can increase your chances, for example, by making S.O.S. signs with stones. One of the things that make Shiffbruch a lot of fun is that there are many surprises for you to discover, from making new tools to making new discoveries (hint: sail around the island in a boat once you've managed to build it for a neat surprise).

Overall, Schiffbruch is a fun little game that combines an interesting premise that unfortunately isn't used nearly enough in games, reasonable realism, and fun elements of adventure, strategy, and simulation. If you like ultra-realistic survival sims such as Deus and Robinson's Requiem but feel their difficulty is too frustrating, give Schiffbruch a try. It's a fun and refreshing game that will keep you entertained for days. Previously German only, the game has been translated into English :)

In this game, your ship sinks and you swim to an Island, absolutely no one is on that Island and you've never seen it before. So you have to survive on your own until some ship comes and get you. Build a place to sleep and make sure you do that before dark, cuz else our own Robinson has to sleep on the outsite, with all the wild animals around and that can't be good for you health, can it?

If you don't manage to survive, you die, but you should make a good start, then you will be able to manage on your own... It's also a bit like an adventure. Of course, it's a rather freelance adventure, but it sure has some adventure things in it.

This game is freeware and originally the game was German, but it has been translated to English and that's also the version you will be downloading here. Be sure to check this one out! 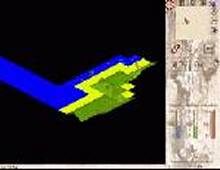 People who downloaded this game have also downloaded:
Rome: Pathway to Power (a.k.a. Rome: A.D. 92), Pirate Fry 2: The Hand of Anturus, Seiklus, Sanitarium, Pawn, The