A game made up a bit like Cadaver, released in the same year. But the graphics show a different style - more mystic... Your task is to rescue Mordamir, your master - playing a young apprentice magician you have to get down 6 levels of this dungeon, where he is held prison. On your way you fight against orcs, acid, shadows, dragons, worms and other creatures. The fights are - hm, let's say a weird strategic/action-mixture, but once you understood the basical idea of it you will be able to manage your fights quite well, even against stronger enemies. Unlike Cadaver you find pretty many items you can use and some you NEED to use. The atmosphere is made up like in some of the better RPGs and magic isn't unimportant in this game (who would have thought THAT from a game in which you play a young magician...?). Good story and nice graphics make this one a Top-Game.

A great action-oriented isometric RPG featuring cool monsters and spells, The Immortal was a hit on the Amiga but its PC version version sadly fared worse. As a young sorceror who follows his master's voice in the dream to find secrets of the Immortal, you have many spells at your disposal, including the ability to shape-shift. The levels are well-designed, with a lot of traps and many neat magical items to find and use. Overall, a fun and thoroughly entertaining game that foreshadows Diablo by many years, although hardcore RPGers will be disappointed with the game's simplified combat and personal statistics.

Walk around with a mage and sorten stuff out on your way in the dungeons and further. Very cool graphics, Good scenemusic and a nice setting! Worth a download. 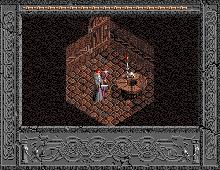 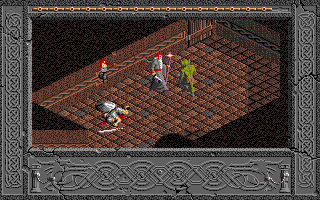