A fun real-time strategy (RTS) game that cheerfully and skillfully rips Blizzard's megahit Warcraft and apply it to Oriental motif. The result is one of the better yet unknown Warcraft clones that features cool Oriental units and structures, some cleverly designed maps, and a ton of missions to fight your way through.

The game is based on the actual 16th century invasion of Korea by Hideyoshi, Japan's warlord who successfully united the country. You play a Korean general tasked with crushing Hideyoshi's formidable army. The game is Korean, but thankfully most menus and text have been translated into English :) It doesn't come close to Warcraft, but is fun nonetheless. 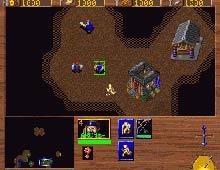