Tegel's Mercenaries is the inferior prequel to Mindcraft's sci-fi tactical combat game Strike Squad. Aside from passable plot (you control a team of mercenaries working for Tegel, space-age corporate bully) and decent VGA graphics, there's really nothing else to recommend about the game. This is the same mundane tactical space man-to-man combat we've all seen too many times, except with very clunky controls and an interface that sorely lacks user friendliness of any kind. Couple that with very stupid AI, and you've got a Real Dog that's really not worth bothering with. Thank goodness Strike Squad is much better, although not by much. 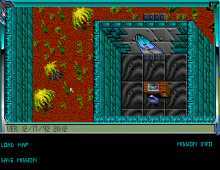