"The Eastern Front of World War II, covered from start to finish. Different levels allowed one to see losses taken down to squad level. One could replace commanders, build armies, seize objectives -- it was all here, but it was soon replaced by [Grigby's own] War in Russia." 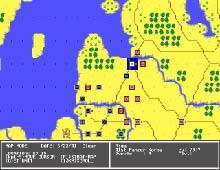