No doubt the most obscure and buggy Three-Sixty game ever made, Patriot is an excellent (and perhaps the only realistic) modern wargame based on the 1991 Gulf War... but only after it's patched to death. Command the entire Iraqi or US forces as you defend (or attack) various locations in Kuwait and Iraq. As one can expect from Harpoon designers, the realism in this game is excellent: from the sheer number of high-tech missiles to the weather effects, it is hard to find fault with the game engine. The lack of campaign mode and questionable AI unfortunately mar this fun game. 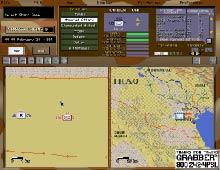