Better known as Steel Empire in Europe, which sold better than its US incarnation, Cyber Empire is a fun sci-fi strategy game that combines furious tactical combat and grand strategic planning into a highly enjoyable game.

In a nice twist to standard conquer-the-universe gameplay, Cyber Empire eschews the tedious micromanagement commonly found in other games, and focus instead on fun, action-oriented ship-to-ship combat, ship design, and fast pace. Master of Orion this ain't, but it is nonetheless striking its own territory with attractive graphics and high playability. Perfect for anyone who tire of managing hundreds of planets in MOO and want to try their luck with a faster-pace strategy game with a dash of action.

In this game you can fight against eachother on some kind of space terrain. You can get an amount of money which you put in upgrades for you robot. Then you will be deployed on the terrain and have to kill the other cyberrobot. On the terrain you can build houses etc, just as in Dune 2. This game is turned based. 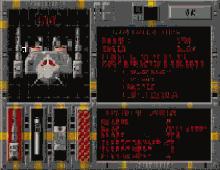 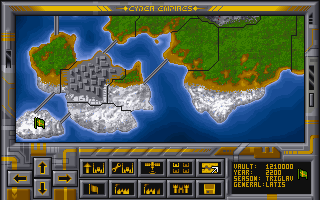