Race Drivin' is a terrible PC version of a fun arcade game of the same name, which itself is a clone of Atari's superior Hard Drivin' series. In short, choose from four different cars and three different tracks as you speed your way to victory.

This version is an insult to the arcade game. The graphics are bad, the controls choppy, the car physics almost nonexistent, and the game downright boring. Anyone familiar with Accolade's classic Test Drive series will recognize all the things that are missing from Race Drivin'. My advice: stay away from this Real Dog and play Hard Drivin' games instead. 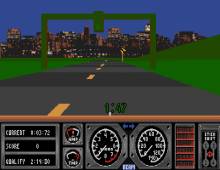 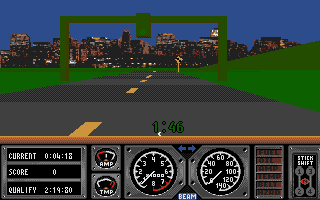