Now for the first time PC owners get a true Hockey simulator - real NHL teams and logos, all 550 players of the NHLPA coupled with the most realistic gameplay ever created. Pick your team and simulate the actual 1993 NHL season or create a league of your own with up to 24 human participants. Digitized speech and over 70 pieces of digitized organ music bring authentic NHL arenas to life. Combine this realism and depth with the proven gameplay of EA SPORTS Hockey and you've got the definitive Hockey simulator for the PC. 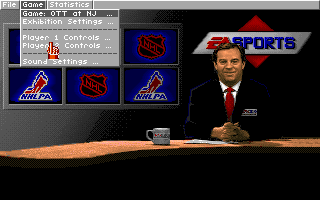