A good boxing game all though the game doesn't offer anything unique other than a regular boxing game. The graphics are good and the game does offer several things when you make your boxer. It just don't have the famous "touch" that a game must have to be good. The worst thing about the game is the actual controls and movement during a fight as it's quite slow and the movements looks more like a machine than an actual boxer.

So if you are looking for a good game I suggest you take a look at 4D Boxing instead of this one. But this game is still playable if you like boxing games though.

Yet another nice boxing-sim, but it fails to be a really good one - don't ask me why, it's not the graphics, they're pretty good. And the fighting itself isn't bad either. You can even start a career with a boxer of your name. But - well - it just lacks the charme of let's say 4D Sports Boxing. You can train your boxer as well and you even got some more attributes to care about here, but you don't really live with your boxer. You don't get the feeling of building up a character. It's a nice game to kill of some aggressions, but if you want a serious boxing-sim, you should maybe have a look at the other one.

3D World Boxing is an average boxing game that looks better than it plays. Choosing from dozens of boxers available, you can either play a single match or an entire championship.

The graphics are definitely the highlight of this game. Each fight is introduced with great fanfare by a well-animated announcer (and the obligatory scantily clad females), and both boxers' moves are reasonably realistic. I like the fact that boxers are quite large on the screen - this makes it much easier to see whether the punches connect with their targets or not. Unfortunately, the gameplay is very simplistic - you can only press ENTER to punch, with no way of changing the weight of your punch, let alone a choice of hook, jab, etc. This makes the game a very repetitive affair of moving close to the opponent, press ENTER a few times, then move out. Although you can choose from many boxers, they all look very similar on screen, and there is no in-depth statistics to tell them apart. In short, this is an average game that boxing fans can safely miss, although it may entertain them for the first few bouts.

3D World Boxing is an ok looking boxing game. I couldn't figure out all the controls and I only learnt how to throw one punch using the enter key. You can play a one off match or compete in a championship, there is also an option for training etc. to build up your character. The graphics are ok and there is the feature of choosing what language you want to play it in. It has been cracked so there is no need to play around with the security at the start. Works fine in Win 98 but it would of been better with some instructions.

An exciting box game. Very good graphics and nice betweentro's or how do you call intro's between events? Good thing about the game is that almost your entire screen is the box-ring. 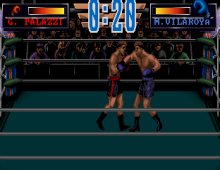 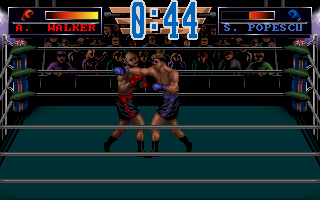