While on a routine trade mission, a space wessel Princess Blue received a distress signal. Your captain decides to take a look and sends you to the deserted vessel to inspect the situation. As soon as you got into the ship, Princess Blue was attacked and destroyed by pirates. Now you're on your own, with your own little ship and just one goal - survive. Made after a highle successful Elite and a few years before Privateer, Space Rogue introduced some great new ideas into a gaming industry. You're given a complete freedom in what you want to do next: trade, wander around, be a pirate... Of course, there is a story that you should follow but the rest is all up to you. Most important things happen on space stations though. You can land and walk around, enter shops...

This game is great and must be played! Just to mention that one of the guys that worked on this game is Warren Spector, creator of games such as System Shock, Crusader, Thief: The Dark Project and Deus Ex. Quite a recommendation for a game, isn't it?

While scouting a deserted spacecraft, you witnessed a sudden explosion of your mothership that left you stranded. Aside from this novel plot, Space Rogue features one of the first believable and fun 3D space navigation that is populated with wormholes, starships, mining outposts, and planets. The ability to view the action from chase plane, cockpit, and cinematic modes also allows flexibility rarely seen in early RPGs. The spaceflight dynamic is also somewhat realistic, in that you will experience appropriate spin, loops and rolls. Once you dock with a space station, you will control the action from a traditional top-down view to converse with various NPCs to advance the plot. One of the best things about this game is that you can avoid the main plot as long as you want and just content yourself with buying and trading cargo at the various outposts to earn enough money to equip your ship with better systems. In short, Space Rogue doesn't break new grounds, but it is a solid sci-fi RPG that will provide you with dozens of hours of enjoyment (and dogfighting fun). Of historical interest is also the fact that this is the first game Paul Neurath designed for Origin before he founded Looking Glass Studios-- the first seed of a fertile relationship that would lead to the phenomenal Ultima Underworld. 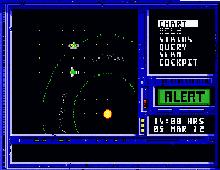 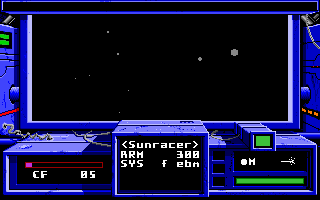