Remake of one of the best and, at some point, most complex games of all time. Elite plus is a bit easier and better looking than Elite but it still has the same story, same ship types, same cargos... Elite puts You in a role of starship commander (a small starship). You can choose to be whatever You want - a trader, mercenary, pirate, all of the above! Trade goods and earn money slowly or seek and destroy other ships. As you earn ranks You'll be offered some missions to finally reach the ultimate rank - ELITE. Very hard and very entertaining.

One of the most popular games ever (at the time), Elite had huge success in Europe and was followed by the enhanced version of it - Elite 1 +. Unfortunately, in the United States, by the time of release, Wing Commander series were launched.

Elite never truly made it overseas, despite two sequels that were published later, but it gave birth to every sci-fi flight simulator of future- and that is Elite's legacy. Combination of space exploration, shrewd trading and piracy, with near boundless possibilities - there is no better way to desribe this game.

This is the game that started it all - Elite became a cult-classic and no Sci-Fi-Fan should miss it. That trading/fighting-concept was a really great idea back then. Millions of players still try their best to become Elite - which means you are highly respected and more than dangerous to everyone stupid enough to attack you.

Basically this is the same game like Elite (which is also up at our site). It just features better graphics and is more playable. You got a huge universe to explore and lots of things to do. Pretty much a life-sim... the simulation of the life of a spaceship-captain.

Elite Plus is an excellent VGA update of the classic Elite, and is now commonly regarded as the best version of Elite. It provides excellent sounds, smooth animation, intensive combat, and all the special missions. Inputs for keyboard, joystick, or mouse are all supported, and can be customized by the player. Without a doubt this is my most favorite game in this series. Chris Sawyer (of Transport Tycoon fame) also had a hand in coding the game. Ian Bell has recently released the game into the public domain, so go to his site right now for the game and other assorted goodies.

This is an enhanced version of Elite. This time you got some more colors on the screen. Furthermore it's more of the same, so that's good. Just trade between planets, upgrade you ship, but a new ship etc. 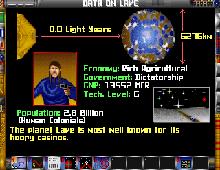 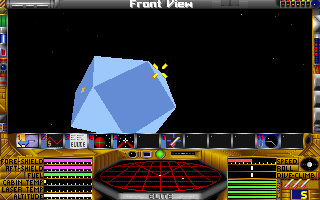