Cardinal of The Kremlin

An ambitious game based on Tom Clancy's famous political thriller, Cardinal of the Kremlin lets you assume responsibilities of all the major characters in the novel: your job is to rescue FBI spy "The Cardinal," neutralize Russia's "Project Bright Star," a space laser program, finish "Tea Clipper," US' own laser project, sign the US - USSR treaty, and build a spy network. All these interesting concepts, however, get bogged down in overly simplistic gameplay where the results of your actions are often unclear. Still, it's worth a look for those interested in The Cold War-- as long as you don't expect a realistic sim of Balance of Power's caliber. 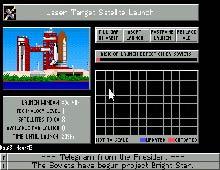 Cardinal of The Kremlin screenshot