One of the World War II simulations, Das Boot puts you into the German submarine, year 1941, with your mission to find and sink Allied ships on the sight. For those of you with patriotic DNA in them, think of it as of playing Kyrandia 3, or Tie Fighter game. The graphics are strong for year 1992, although game falls slightly short to reach top simulators, sometimes reminding more of arcade title and thus creating a merge between them.

A quirky action-oriented sub simulation that's disappointing given Three-Sixty's expertise in realistic wargames and reputation established with Harpoon. Although Three-Sixty obviously tries to imbue the game with realism, the game comes across as an arcade/wargame hybrid that can't decide which kind of game it wants to be. Bright VGA graphics and lots of gameplay options, including some inventive scenarios, help elevate the game somewhat. 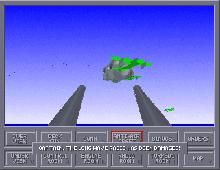 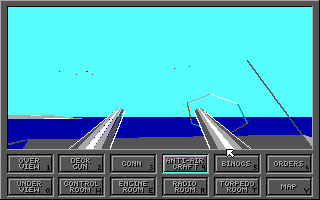