Eye of The Beholder 2

Westwood's Eye of the Beholder 1 and 2 remain today two of the best real-time RPGs ever produced. They feature great graphics for their time, tons of cool weapons and devious real-time puzzles that mysteriously make you come back for more traps and pressure plates to push. The plots are typical kill-the-big-foozle fare, but the games are so well implemented that you'll be glued to the screen for hours on end. The graphics and animations are both top-notch, and excellent sound effects add to the incredible "you are there" atmosphere that is rarely achieved in RPGs of that time.

Although EOB 2 feels at times like a poor rehash of its predecessor due to awfully similar graphics and monsters, it does feature more expansive and varied outdoor levels, as well as less frustrating endgame boss (defeating the Beholder in EOB 1 is nearly impossible if your party is not at maximum levels). They're both very challenging games that are definite must-play for dungeon-adventurers, especially fans of book-based AD&D. Too bad SSI's own EOB 3 doesn't measure up to these classics.

He second volume of this masterpiece of RPG games. Now you go with your party on an investigation in the temple of Darkmoon.

Eye of the Beholder II is a role-playing strategic game based on the well-known game Dungeons and Dragons. This game is part of a two-part sequel. There have been added outdoor areas and the amount of interaction with the environment has been increased. There is a lot of role-playing taking place throughout this game.

The game begins in a hotel where you are trying to get some rest, but suddenly a note has been placed under your door. The note is stating that the Archmage of Waterdeep has sent a scout to destroy the evil temple known as Dark moon but has never returned. Eventually you will learn that a man named Dran Draggore who is actually a dragon is causing tons of madness inflicting problems everywhere.

You are on a quest to investigate the temple of Dark moon. There are many stranger things that will occur during your adventure. You will be traveling through many different areas like the catacombs and will be slaying the evil Clerics and hunting for the Beholders. At the end you will be confronting the head priest of the temple to complete the game.

The graphical design was well done in game and during video animation skits. The graphics are so well done in some parts of the video animation the characters look life like. This is a great happening for the years of creation. The game does start out quite easy, but as you get further in the game it does become a little more complicated. The game does not reach the level of difficulty though that you would want to just shut it down and attempt something else. With the great graphics and game play there is a lot of great aspects to encourage you to play this game.

Eye of the Beholder II is a well-designed game. There is always something out of the ordinary to expect. With this game you are able to travel around vast maps searching for new and exciting things making the game quite exciting. There are a lot of areas to travel through making this game quite adventurous, but ensure you keep an eye on where you are traveling because you'll never know when a Beholder could jump out and defeat you. With the added features and the amazing graphics you will play this game for years. Eye of the Beholder II is a great role-playing strategy game that you should definitely own. 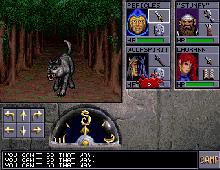 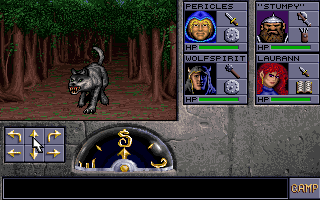 Eye of The Beholder 2 screenshots