A disappointing conversion of Tecmo's popular platform/puzzle arcade game, done by Probe Entertainment. I remember this game quite well on the C64 when it was a lot of fun. Simple goal, good playability: solve a room by finding the key and then reaching the exit. You can destroy and create blocks with your magic wand. The PC version with its CGA graphics and beeper sound doesn't quite live up to the expectations or addictiveness of the original. The gameplay is intact, but the atmosphere is almost completely missing. You'll need a slow-down util to play it on modern computers. Overall, an obvious Montezuma's Revenge wannabe that unfortunately doesn't come close to that classic due to lackluster conversion. It's still quite fun, but Probe could have done a much better job at retaining the flair of C64 version.

In this platform game you have to reach the door in each level. This is done by some thinking and 'magically' move blocks in order to get to the door. Before you get to the door you have to get the key. Watch out for the monsters and other things in the level that might try to catch you. 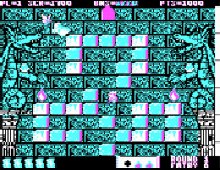 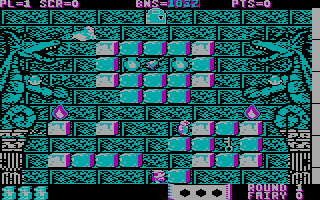 People who downloaded this game have also downloaded:
Solomon's Key: Another Version, Lemmings 2: The Tribes, Simple Sudoku, Lemmings Chronicles, The (a.k.a. All New World of Lemmings), Where in the World is Carmen Sandiego?