OK, no way to seriously play this. Go berserk and fly against the enemies in high-speed. It somehow doesn't seem to be possible to slow the game down, but it is REALLY hard to play it like it runs on a Pentium. Basically a pretty nice game, especially for 1986. The name still ranks among the all time greatest Shooter-Games. If you manage to find a good configuration for this one I am sure you will enjoy it. For the one or two minutes you might be able to maneuver your spaceship at this speed it isn't even bad either - just not very successfull.

Uridium is a fun, original fast scrolling shoot-'em-up that is much better known on the Commodore 64. In one of the "stock" sci-fi plots that we have heard a hundred times before, the plot is just another variant of overused defend-the-Earth premise: a squadron of formidable enemy Super-Dreadnought ships, needing mineral fuel to power their interstellar unit, is draining the mineral resources from all 15 planets in your galactic sector. Each Super-Dreadnought, in orbit around one planet, is mining a special metal. This irreversible mineral depletion must be stopped immediately, or it will destroy all planet life. Your mission is to repeal the enemy attack with your special Manta fighter. The odds against you are enormous because you are the lone remaining defender (naturally) of this planetary sector. Your ultimate goal is to annihilate all 15 Super-Dreadnoughts and accumulate as many points as possible. If you complete all 15 levels-and only the best pilots will even come close-you qualify for a special offer for a Uridium emblem from Hewson (if anyone has a picture of this, let me know).

Flying on top of their surface structure at extremely high speed, you must use your cannons to blow the flying fortresses' defences to smithereens whilst weaving around avoiding obstacles, mines and waves of alien fighters sworn to protect it. Once you have taken out these out, you are able to land and engage the ship's self-destruct sequence and can move onto the next target. A very difficult but enjoyable challenge which runs beautifully with good sound and music, it's largely let down by the monochrome graphics. 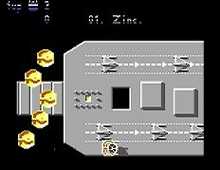 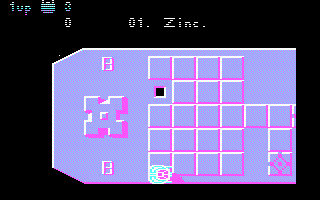