Rick Dangerous is kinda like Indiana Jones caricature. Cute little guy with a funny hat, a gun and some dynamite sticks. His plane crashed and he's on his way back home to London. A true classic that everyone should already know about. Rick was a hit game and for a reason. Download it and see it for Yourself!

Rick Dangerous 1 is kinda like a Indiana Jones caricature. Cute little guy with a funny hat, a gun and some dynamite sticks. His plane crashed and he's on his way back home to London. The game offers great humor and very funny animations especially when you die but also the enemies you meet.

A true classic that everyone should already know about. Rick was a hit game and for a reason - excellent atmosphere and fun. Though the Amiga version offers much better graphics than the PC version. Still - thumbs up!

There he is - Rick Dangerous, superhero of the 1940's - seeming like the brother of Indiana Jones. And you can't deny the inspiration. Lost in the jungles of South America your adventure begins. A good jump 'n run that unfortunately loses much of its attraction due to its confusing controls. The combinations of keys to press to achieve the desired action too often depends more on luck than on your skill. Anyway - this disadvantage can be mastered. The second part of the series is better though.

Classic puzzling platform game and one of the first bigger hits by Core Design. Obviously a bit inspired by Indiana Jones, Rick Dangerous is a very addicting game with many nice twists and touches. It's difficult, you will most likely die a thousand deaths and have to go through the same screens again and again. But after all that's what makes it what it is. You know what I mean! :) In addition to hazards that Rick must watch out for, various switches and levers dotted around each level must be discovered and used. These activate lifts, guns, and various other widgets which can be made to work to your advantage. The Amiga and Atari ST versions are much nicer, though - music and graphics-wise. In case you wonder, the keyboard controls are ZXOK and SPACE. Overall, Rick Dangerous is an outstanding platform/puzzle hybrid that follows in the footsteps of the likes of Parker Brothers' classic Montezuma's Revenge. Also check out the superior follow-up Rick Dangerous 2 from the same design team. 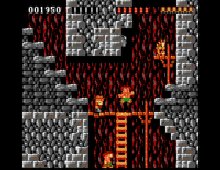 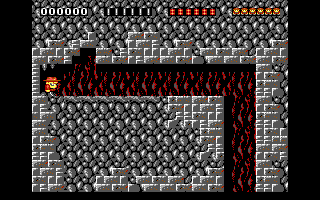