Interphase is an average action game from Mirrorsoft that disappointingly squanders the license of Neuromancer, classic cyberpunk novel it was based on.

Interphase offers two gameplay modes: a typical 2D view of the building you are attempting to infiltrate, and the 3D view that represents the cyberspace environment you are trying to hack. Essentially you move in 2D view from one building to another, coming to a halt whenever you encounter a security door. You will then "jack in" to Cyberspace to track down and delete the 3D polygon that represents the software controlling the security door. There are plenty of interesting twists to make this mundane exercise more interesting; for example, sometimes you must remove a security camera before your presence is detected, and the zoom facility on the 2D map is invaluable in keeping you aware of all current obstacles. There are some nice logical puzzles to solve, as well, although they are no more than standard variations of a Rubik's cube.

Despite all the creative designs in the game, Interphase is at the end of the day a letdown due to confusing 3D graphics and difficult interface. The novelty of puzzles and obstacles you face in 3D also wear off relatively quickly, and soon Interphase simply becomes another run-off-the-mill action game that could have been a lot more. For a better use of Neuromancer license, play Troy Miles/Interplay's classic Neuromancer instead.

Interphase is a first person shoot-em-up taking place in cyberspace (a visual simulation of the inside of a computer system). The problem is that it doesn't know that it's a FPS - it desperately wants to be a simulation or deep hacking game instead. But what it boils down to is that Interphase is a shoot-em-up just like Quake is a shoot-em-up. It has levels, obstacles and objectives just like any other FPS and it's just a shame (for Interphase) that they probably forked out a hefty sum for the Neuromancer licence to produce this game.

Ok, enough of dumping on the game I think, lets be a bit more positive now because Interphase IS in fact, rather fun. As I said before the bulk of the game takes place in cyberspace with you being required to complete certain objectives - track down and destroy a bothersome piece of software or disable a security system for example. There are some quite interesting puzzles to solve in the game, thought they do get a little "samey". The controls and interface can be a slightly awkward at times but it doesn't affect the game too much. 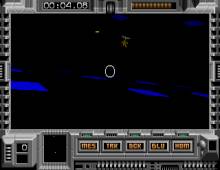 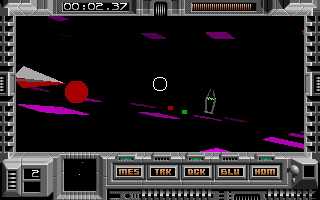