Dragon Force, Icarus, and Assault Dragon are three competent 2D side-scrolling shooters from Korea, based on the same mundane sci-fi plot about defending the Earth from alien invaders. All three games offer no-nonsense shooter gameplay, with elaborate background graphics, nice enemy ship designs that recall Macross and similar Japanese manga series, and a rocking soundtrack. The games are not very difficult, but the nice variety of levels and enemy ships make for a few hours of relaxing fun. Well worth a look as some of the best games from Korea, even if they are by no means classics of the genre. 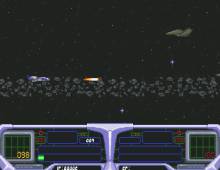 People who downloaded this game have also downloaded:
G-Nome, No Gravity, Over Horizon, General Chaos