Heroes of the Lance

Heroes of the Lance, Dragons of Flame, and Shadow Sorcerer are three releases in SSI's series of action/RPG games that are based on AD&D's "Dragonlance" fantasy world. Unlike the "Gold Box" series, games in this series are basically side-scrolling platformers with a fantasy story. The party consists of the 8 "Heroes of the Lance", although you can control only one at a time with the option of switching between them whenever you want to. Since each hero has different types of attacks and spells, choosing the right hero to fight each enemy type is essential. Pleasant graphics despite a drab palette and interesting storyline (based mostly on novels/modules written by Weiss/Hickman) make this series worth a look by AD&D fans, although RPG fans may find the games too repetitive. 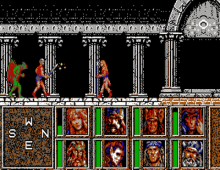 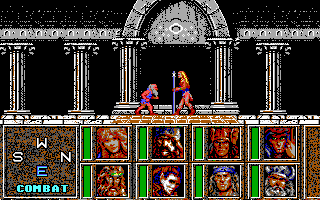 Heroes of the Lance screenshots

People who downloaded this game have also downloaded:
Dragons of Flame, War of the Lance, Champions of Krynn, Dark Queen of Krynn, The, Shadow Sorcerer