For its second game, Paragon made its first attempt at an action/RPG hybrid. Almost everything about the game is primitive, from the plot to simplistic gameplay (which comprise mostly static combat scenes that are seemingly resolved purely by random chance). A humble beginning, indeed, but at least it does attempt to combine action and RPG elements... a focus that Paragon would refine over the years. 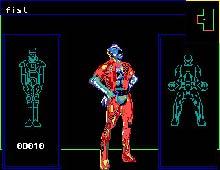