This game is quite similar to the Gunship series, but the simulator part is not as good as at Gunship 2000, because it uses only OCS graphics. It is a vector graphics based helicopter simulation, but it has great animated into at the begining, with digitalized speech! 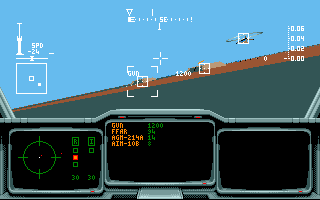