This is a strategy game, mixing elements from Civilization, Populous and RTS. Basically, you are the leader of your chosen people. You must build an army and take over the computer players' territory. There is also diplomacy in the game, as you can ally with one computer player against another, like in Civilization. 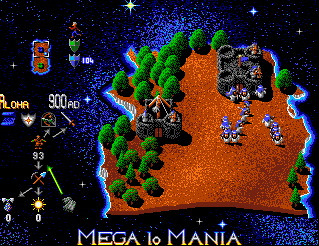