What happened? Lotus 1&2 were great games, why did they have to ruin the series with this one? Trust me, the game might look good but it's far from the greatness shown in the previous two titles. How sad...

There are three cars to choose from, a few pre-made tracks and an easy-to-use track creation tool. The music is nice, but not nearly as good as before. What made me angry is the graphics engine! The colors are somewhat less lively than ever and simply... well, not good!

The game is still good, but unlike its predecessors, Lotus 3 is just an average game. 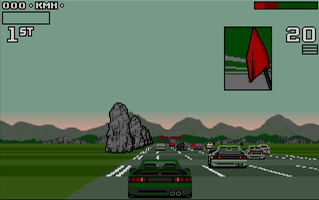