This game was widely advertised as the first adult orientated adventrure game. It's full of violance, nudity and sex. The gameplay is not very hard, most problems can be solved by shooting them. By the way the game is interesting with it's top viewed camera. The AGA version also features 256 colour screens. 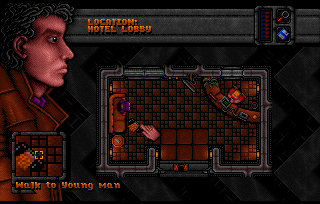