A good beat'em up stuff, with some warriors to select. The regular Team17 quality game. Fine music and graphics, but unfortunately it loads up very slow. Later BodyBlows Galactic came as the second episode of the game, with even more characters and AGA graphics. Both games rock! 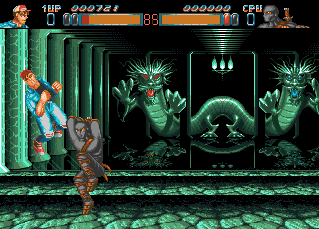