Team17 was one of the most active companies on the Amiga market. Their games are really rocks. Well, Body Blows is also a very cool game. It's a beat 'em up game, which takes place in the future. With many characters, special moves, and cool backgrounds. You can choose on which planet would you like to fight! 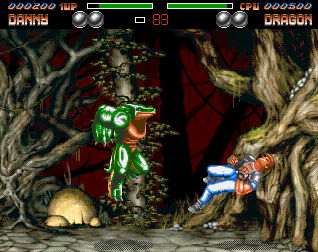