On the distant planet called Chromos there is an A.I. out of control, so you have to fight against them throught 16 levels, in this nice turn based strategy game. The screen is splitted in two halfs, so you can also play with your friend a 2 player battle. 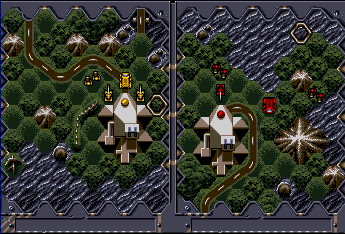