One of Origin's least known releases is a solid screensaver collection that features posters and scenes from famous Origin games (e.g. Wing Commander and Ultima). The screensaver modules are not as varied in style as LucasArts' underrated Star Wars Screen Entertainment-- they are mostly just slideshows including a lot of random graphical effects. What makes the package stands out, though, is the inclusion of many images and characters from Origin's popular games... you will see and hear Ultima 7's Guardian loom large on screen, booming his famous growls; many images in the package are from unreleased versions of games or posters. As an added bonus, Origin FX includes a module that plays the cinematic sequences when Wing Commander II is installed on your hard drive. Not that this can't be accomplished by using homemade hacks, but it's still quite neat.

Overall, as a screensaver package Origin FX doesn't really have any exciting module, even with 20 of them included. Modules based on algorithms (swirling circles, etc.) are only marginally better than standard ones included with Windows, and the graphics-based modules (those featuring game scenes and posters) become repetitive after a few times. Sierra's Johnny Castaway and LucasArts' Star Wars Screen Entertainment are both much better value for your money, leaving Origin FX at best a curious "miss" in Origin's otherwise stellar career. 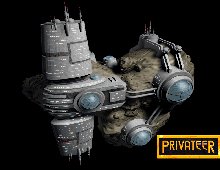 People who downloaded this game have also downloaded:
Star Trek: The Screensaver, Entomorph: Plague of the Darkfall, System Shock, Betrayal At Krondor, Chaos Strikes Back