Looking Glass Technologies' magnum opus before 1998's acclaimed Thief was a vast improvement over the earlier classics Ultima Underworld series. One of the most sought-after games of all time, System Shock is sci-fi action/RPG at its best, featuring vast gameworld, gripping plot centered around a sentient computer gone awry, plenty of high-tech gadgets, and puzzles that integrate seamlessly with well-designed 3D levels. The only downsides are the less-than-intuitive controls and uninspiring cyberspace design. Otherwise, a true classic in every respect. 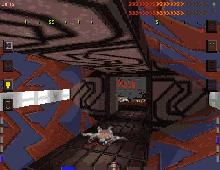