R.T. Smith, the creator and programmer for the fabulous game Encyclopedia of War: Ancient Battles, created a trio of World War Two games a few year earlier for the Spectrum computer that were later converted to the PC: Arnhem, Vulcan, and Desert Rats.

Right away with these three games, you'd wish there was mouse support, but alas, the mouse had not yet arrived on the pc scene. Otherwise, for using the arrows keys and the enter key often, you'll find the game interface easy and intuitive. Arnhem deals with the Allied Campaign into the Netherlands to seize strategic bridges from the Nazis. This included the famous failure to seize the bridge at Arnhem (the bridge too far). Desert Rats deals with the Italian Invasion of Egypt from Libya in WW2, the arrival of Rommel and the German Forces, and the entire North African war before the United States entered the scene. Vulcan concludes the North African campaign with the invasion of the American forces to the final expulsion of the Nazis from the continent.

The Three games are all based on the exact same playing system, but the games themselves are not equal in enjoyment, simply due to the military events they cover. For example, Arnhem and Vulcan are both significantly easier for one side vs the other. In Arnhem, it is much easier to play the Axis side, while in Vulcan, it is much easier to be the Allies. This makes for many imbalanced scenarios within the game. However, Desert Rats is a very balanced game as the North African War after the arrival of Rommel was very closely contested.

In conclusion, Fans of World War Two must give Desert Rats a try. It is an excellent game.The other two are for those fans of the War who want to play campaigns that are not usually found in most wargames. So download Desert Rats today! 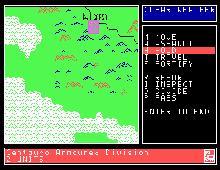 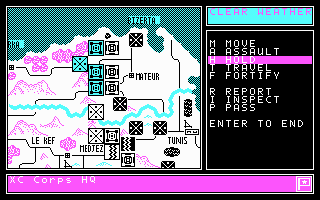