Special Forces is a top-down tactical strategy game with sharp graphics, diverse missions, and a plethora of weapons and commando gadgets to use. Unfortunately, these strengths quickly drown under dubious enemy AI, cumbersome interface, and lack of personalities in your squad. I suggest you forget this game and go play Twilight 2000 or SEAL Team instead. 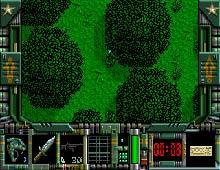