One of the most replayable games of all time, Rules of Engagement 1 is a strategic starship combat that could be integrated with tactical-level Breach 2. The interface, although logical, is dauntingly detailed. Those who take the time to scale the steep learning curve, however, will find their patience well rewarded with deep and challenging gameplay. Its sequel is an updated version that is even better than the original, with a campaign builder and integrates with strategic-level Breach 3. In all, two of the best starship command simulations ever released. 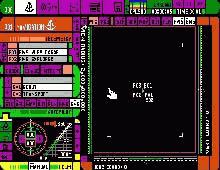 People who downloaded this game have also downloaded:
Rules of Engagement 2, Rommel: Battle for North Africa, Panzer General for Windows 95, TacOps, Romance of The Three Kingdoms 1