A fun turn-based wargame set in the World War II. Although the game is a bit too "simplistic" in that it only has two basic army types: infantry and tanks, it was one of the first to feature the "Advice" option (where Patton/Rommel gives immediate feedback on the player's actions and suggests improvement), scoring, and visible ZOC (Zone of Control) (later known as Fog of War or FOW in many later wargames).

World War II, Defeat the enemy. Get advice from Patton or Rommel. The basics of the game a very simple and is fun to play with. 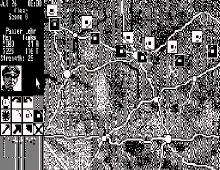 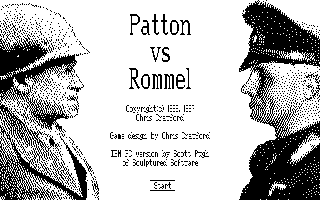