This sequel to Nobunaga's Ambition is to its predecessor what Romance of the Three Kingdoms 2 is to RTK 1: better graphics and sound, but almost identical gameplay. The AI has been improve somewhat in this incarnation, as taking over cities and espionage acts are more difficult to achieve. The biggest improvement over the original is the tactical battle mode: there are now many more attack options and realistic factors, e.g. fire arrows are much less effective in rainy weather, and naval battles are now more important. Personal statistics of major personage have also been adjusted to less god-like levels, so winning as a custom character or lesser known warlords is not as impossible a task as in the first game. Overall, if you like the first game, you'll definitely love this sequel. Yet another solid strategy / war hybrid from KOEI. Highly recommended! 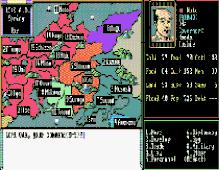