One of many football management games that just isn't as good as it should be. The Premiership tries to challenge some of the best known games of it's type but it's just not enough.

As you may have guessed you will be playing in English Premier League. Select a team and do your best to become a champion. Everything is more-less the same is in most management games, but what I like the most is the team talk option in which you can select what to say your players before and during the match. As the games are played you will be seeing the news reporter telling you what is happening while the best actions will be showed in 2D view.

Not the best football game, but then again - it could have been worse...

The Premiership is a decent football (soccer to you Americans) management simulation from Codemasters. Your job, as the name implies, is to guide a team of your choice to the top of British premier league. While it won't compete with the venerable Championship Manager or Premier Manager series anytime soon, the game deserves more recognition for its inclusion of some not-so-well-known teams, a decent array of team management options (although more finance-related choices would have been nice), and clean user interface and graphics. Too bad the simulation aspect is less realistic and versatile than contemporary classics like Championship Manager, and there are some obvious flaws in the engine. Overall, an average management simulation you can do without. Recommended, naturally, only to fans of the genre who have to collect all of these games. 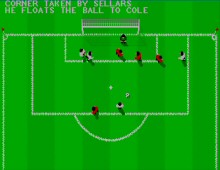 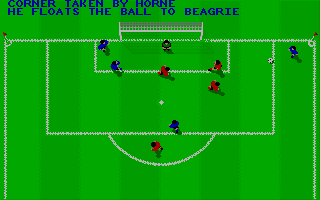