Tracon and Tracon II are two classic ATC games from Wesson, years before their efforts culminated in Tower. The description at MobyGames says it all about this pair of pioneers in aviation software:

"Tracon is an air traffic control simulator, giving you the position of a so called "ATC" (air traffic controller). You are in charge of the air traffic in a certain sector, making sure that every airplane gets to his destination safely. Your main screen is a radar, which features the aircrafts as green dots or little airplanes, moving at a certain speed at a certain height. The game is a full-talkie, featuring pilot's voices and those of the ATCs. Interestingly Tracon doesn't use a sound card for that. The voice acting is done over the PC internal speaker. The more traffic is in the air, the more hectic your job becomes. You have to set routes for the planes and organize punctual arrivals. The game is also featuring emergencies, to make your task more difficult. It is possible to connect the game to a Microsoft Flight Simulator installation on another computer.

Tracon was used to train professional ATCs in the early nineties. Then Wesson decided to develop special simulation units for professional users and continue the Tracon series as entertainment."

Compared to the Windows version (also reviewed on this site), these older DOS versions are arguably more realistic (or at least more difficult in my opinion) - although their interface are naturally less intuitive than their Windows successor. If you like ATCs in general, Tracon and Tracon II are must-haves: classic games in the niche genre that remain highly playable even more than a decade later. 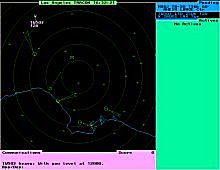 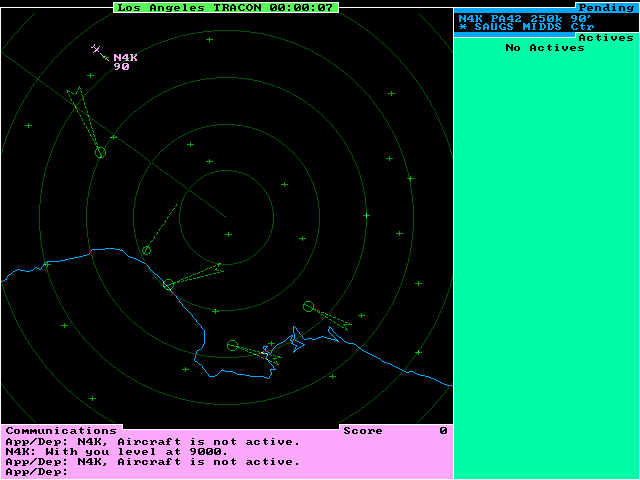