ThunderHawk is Core Design's good Amiga helicopter simulation converted to the IBM-PC. I played this game to death back then on the Amiga. The PC conversion is very well done, as it should be with a flight sim. The graphics are very smooth and I like the easy-to-use mouse controls. In general it's not a very in-depth sim, but rather has the appeal of an arcade helicopter game. The intro was one of the best back then on the Amiga. I'm missing the cool speech part a bit in this conversion *sniff*. As usual, the Amiga version is far superior, but for once the PC conversion is very well done. Highly recommended for fans of modern helicopter sims who want something simpler than classic Gunship 2000.

For the most part I don't like flight simulations. For me the idea of having to learn 200+ keys is not fun. I think perhaps it's an indication of extreme low inteligence on my part but hugely complicated simulations just don't float my boat.

ThunderHawk has many keys to learn but it does not feel at all complex or daunting, which is probably why I have always liked it so much. Once you get the hang of the (very simple) mouse controls and learn how to switch weapons and targets you are pretty much set. The graphics are functional (they were great for the time) and the missions are varied and well thought out (I particlarly like the briefing sequences before each mission, very cool!). My only beef is that the intro is missing the cool speech that was present in the Atari ST version. A fun, light um... simulation. Easy to get in to and higly addictive. 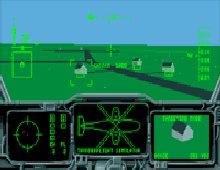 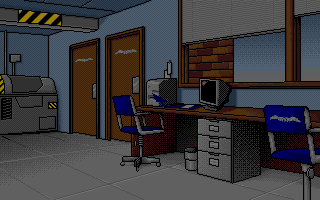