The most unusual game of its time by far! Life & Death gives you the power of deciding on who lives and who dies by letting you be - a surgeon doctor!

Once you start the game you will be asked to take a look at various patients that arrive to the hospital, examine then, give a diagnosis and, if neccessary - operate! The operation itself is the most difficult part of the game as you will have to do exactly the same thing as real life doctors do! And each mistake may result in death of a patient. Fortunately (or not!) you don't get sacked from job; instead, you will attend medical lessons and be given many hints on how to deal with the situation correctly.

The operations get more and more difficult (as if they are not difficult at the start) as you advance. You will even be able to select the staff for each operation, use x-ray and other aparatus and give out medication.

Talk about unusual! Just the idea made me give the game 10% more for the final rating. It was very popular among the students of medicine in the late eighties.

Life and Death is none only one of the few games about medical things and hospital but it's also a quite serious game and in no way similar to the hilarious game Theme Hospital. In Life and Death it's real diseases that you have to cure. There are 3 different game levels but I recommend you stay on the easiest to start with as it's hard to get started with as not all symptoms are that clear and therefore hard to give a good recommendation to.

You start the game by entering the medical class where you will be told a little about different things you will experience as a doctor. You will then get your first patient where you can read a little about the patient, what symptoms they have and you can then start examining them. You do this by pressing them on their body and if they are in pain they will say so. The first few patients are simply things if you just know the correct answer. Once you get new patients you will have to learn surgery as well and that is where the game really shows it's unique details.

The graphics are good enough to show the essential things in the game and the actual hospital and the way you move around is well made compared to the year Life and Death was published (in 1988). Overall Life and Death is a great game for people interested in this quite different genre. Not only because there are a lot of challenges but also because you can learn a lot from since you will be told what you did wrong after each patient if you choose the wrong thing to do with them in the medical school. A great game.

Arguable the best doctor games ever produced for the PC (well, Theme Hospital comes close, but that is more of a management game), Life & Death 1 and 2 put you in the role of surgeon who specializes in digestive systems in the first game, and brain surgery in the second. Diagnose patients correctly and perform increasingly difficult more advanced procedures to get promoted. The games are much celebrated for their strong emphasis on realism (not surprisingly, since their designer is a real doctor). The games also boast high educational value as well, since every time you make mistakes you'll be sent to a classroom to learn what you did wrong. And yes, there IS an end to each of these games-- it just takes a lot of patience, dozens of successful surgeries, and steady hands :)

One hell of a hospital/doctor simulation. Treat your patients, listen to their complaints, press on some places on their stomach and see what kind of illnes they have. Operate, medicate and more. But look out! If you make wrong decisions, they could die. Especially for operating your patients, you could need a manual, I'm still looking for it, I upload it when I find one! Your a starting doctor and you still have class, but if you manage to get through the first part, you might be able to become one of the best doctors in the hospital, that's your goal. Surgery is very hard and you might be unable, because of things are sometimes very unclear. 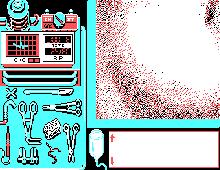