Arguably the best RAW Entertainment game and one of the most comprehensive naval simulations ever designed, Action Stations! is a very comprehensive simulation of surface warfare before and during World War II (between 1922-45). In the words of M. Evan Brooks: "Excellent research and complexities were marred by poor graphics and an awkward user interface. Still, it is the most detailed simulation ever attempted for this historical period, and can still serve as an effective research tool." Overall, a must have for every armchair fleet commander that remains today one of the most accurate and complex naval wargame ever made. It was also deservedly a candidate for Computer Gaming World's "Wargame of the Year" award in 1990. 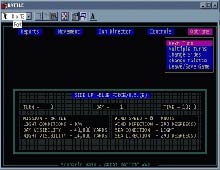